I downloaded some "normal" music today (like, top 40 stuff everyone listens to) and I discovered something: when I find some of that music I LIKE, I feel really good. I actually feel more connected to the universe. as long as I never download any Britney Spears or Ashlee Simpson or, y'know, Lindzee Twatface or whatever, I think I'm safe. (They all have those names that end with an "eee!" sound, for whatever reason.)
Posted by emperorcupcake at 9:08 PM

So... I haven't been doing very well lately. And I haven't written about it, because I feel I owe it to, well, myself, to write about the ups and downs of life with at least a dash of humor, and I feel utterly humorless. That is a terrible way to feel. I thrive on humor. I thrive on always being a little step above the world because part of me is cocking an eye, and laughing.
Posted by emperorcupcake at 7:48 PM

I don't know what's more sad... that I'm watching something called My Big Redneck Wedding, or that I just paused it when I went to the bathroom. durp. Well the groom has a barstool on wheels... it's awesome!... sorta.

bride to minister: Where were you ordained at?
minister: Uh, the state prison.
Posted by emperorcupcake at 9:21 PM

I'm watching the old American Gladiators, featuring Saint Larry Csonka. I used to watch this show religiously, so now it makes for wonderful nostalgia (with the added bonus of Larry Csonka humor courtesy of MST). I watched the show so much I actually remember all the contestants. No, that's not sad, that's AWESOME.

Other than that... nothing. My life is made up of a lot of nothing right now. Almost as much nothing as The Starfighters, but without the sexy refueling scenes. So... more nothing, I suppose. Well, I'm sure something will happen eventually. It will be very, very good when January is over. I hate this month.

Of course, I hate February too. But March... ah, March! March is the start of all that is good and right with the world.

That's what it is doing out right now. It is bleching. But, I am snugabug at home with piles of chicken, so that's all that really matters. And I just had a long bubblebath with a tequila sunrise, closed my eyes and pretended it was summerish, so that was nice too. <3

A while back I ranted about this girl who was being a total bitch for absolutely no reason. She finally got called out on it and made an apology post. Except at the end she said, "you know I don't care if I'm a bitch, at least I'm upfront and honest!" Which doesn't sound like much of an apology and is also NOT TRUE. And then, this friend of hers piped up saying "You don't have to apologize for anything, at least you're not weak and 'phony nice' like everyone else," and then quoted Morrissey of all people, saying "the world is designed for bores" or similar.

Allow me to rebut.

1. "BITCH" is not a viable personality option. It is an unfortunate mood swing. If you think talking crap to everyone makes you upfront and honest, that simply means you are full of crap. Being a bitch does not make you "strong" or "real or "cool," it makes you every bit as one-dimensional as the "phony nice" people you hate so much.

2. "NICE" does not always equal phony, and it sure as hell doesn't equal weak. In fact, it gets harder and harder to be a genuinely nice person in this world, esp. when there are so many cynics who don't even think there is such a thing. No one should be "nice" all the time just like no one should be bitchy all the time. But "nice" IS a viable personality option, which to me just means kindness and fairness and rationality is your default position, rather than "FDHFHBDBEUHDEBUEHBFUCKYOU!!FNDOUUEYDFUCK!" And guess what? If you're usually kind and fair and rational, people will be more likely to listen to you if you're genuinely upset about something. If you're always flying off the handle, it's a bit like the boy who cried wolf, isn't it?

3. Morrissey also said, "It's so easy to laugh. It's so easy to hate. It takes strength to be gentle and kind." I would give my RIGHT FUCKING NUT to have had the guts to reply to her with that, to throw her own dear depressed British popstar back in her face. Especially since it's exactly what I was just saying, but no one would listen to me saying it.

4. Nice, mean, good, bad. Whatever. To quote Tom Servo (yes I'm quoting a gumball machine robot puppet, SHADDUP) on his reply to "Only the good die young:"
"Most of us are morally ambiguous, which explains our random dying patterns."
Posted by emperorcupcake at 10:52 AM

Getting email from lj addressed to "mrs. rowsdower."

I am quite possibly the most easily amused person on the planet. :P
Posted by emperorcupcake at 8:45 PM

Ok it's that time.

We are off to see the Pats (hopefully) beat the fierce Jags. I am wearing pink glitter! You might say, hey that's a bit excessive, one should at least wait until the super bowl to bring out the glitter, but I say no. Carpe diem baby! Glitter and victory!

1. http://en.wikipedia.org/wiki/Special:Random
The first article title on the page is the name of your band.

2. http://www.quotationspage.com/random.php3
The last four words of the very last quote is the title of your album.

3. http://www.flickr.com/explore/interesting/7days/
The third picture, no matter what it is, will be your album cover.

4. Use your graphics program of choice to throw them together, and post it in your own journal. 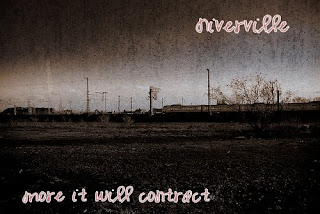 1. MY BAND IS CANADIAN. WOOT.
2. THIS IS A QUOTE BY OLIVER WENDELL HOLMES WHO IS SOME SORT OF DEAD ENGLISH PERSON. might be confusing him with winston churchill...? ANYWAY, YAY

Ooer that was fun. I can't stop saying "ooer," i've been saying it all week! Ooer! Help! shut me off please, there's a little switch in the middle of my back. thank you.
Posted by emperorcupcake at 10:07 AM

Soooo last night I took a break from Canada and went to... Japan! Yes, it was the thrilling first installment of the Fugitive Alien series. Will I be singing "he tried to kill me with a forklift" all day long? Likely. I want to start my "watching every ep in order" dealie, but I have to muster up some... whatever, mustery stuff... to get into season K. I've only seen one ep, and it wasn't bad. The DVD quality was better than expected (though I've heard that's not the case for all of them), and the segments were goofily entertaining (mostly for the squeetasticness of young!Joel & Trace), but the MOVIE! The riffing is more far-spaced and I think the movies are WORSE. oy. So maybe I'll just start with the Crawling Eye and end with season K. And watch Final Sacrifice 47 times inbetween, of course. *nod*

I also watched Sunday's TAR episode, and I miss Kint and Vyxen so bad! They are without a doubt my all-time fave team. I have never seen anything so hilarious as them arriving in Romania in their matching pink and black outfits and proclaiming, "oooo it's so gothy!" Yessss I am sure Romania is quite "gothy." LOL they were comedy gold. And damn fine racers, actually. If only they'd u-turned Horrible Couple instead of Don and whosit, they'd still be in. And the Horrids would be gone!

I also watched the new American Gladiators last night lol. It's pretty good ~ it's really hard!~ but needless to say, I MISS LARRY CSONKA!! (And I thank AG for my even knowing who the hell Larry Csonka is) :P

Well folks, it is 64 DEGREES here today, so as soon as I finish my coffee I am outta here! In flip-flops no less!! hmmm I have a near-inhuman craving for a roast beef sandwich. We're talking Carnivore City here. Perhaps I'll head over to the Beef Barn (yes there really is a place called the Beef Barn, and it really looks like a barn, and there's a cafe next to it called Coffee and Cream, and I'll just let you use your imagination on that one).

On second thought, Woonsocket defies imagination. And should probably be renamed to Carnivore City.

You know what is the BEST feeling? That sort of whoooosh! feeling you have when you've escaped from something. Like, in my case, December. January has been this whole sort of whoooosh!! feeling so far. I'm freeeeee! And spring is coming!! And baseball!!! It helps that it was like 58 degrees today. But I might even make it through another snowstorm now, because I have momentum towards happiness. The world has a sort of lightness to it.

And, let's face it, there's nothing quite as exciting as a narrow escape. ;)

From the department of the very, very wrong:

Hell aside, I feel oddly buoyant today. All you have to do to be happy is surround yourself with things you love, all the time.
Posted by emperorcupcake at 7:36 PM

Soooo I watched Final Sacrifice again last night. In its entirety. Yes, I might just be mentally ill. But!! Y'know when you just want to eat poptarts, or ramen, or grilled cheese, and you can't bring yourself to eat anything else? And it's mostly nutrionally empty, but it fills you up anyway? Yeah, it's kind of like that. And I still hold that it's the best movie MST ever did. Not that that's saying, well, anything, but at least it has a plot and mostly makes sense and stuff. Except the part where Canadian Villain Garth Vader gets shot in the butt by Troy and bursts into flames. I don't think I'll ever understand that one. Or why his explodeyness makes the idol fall over with that amusing "ooooer" sound Mike & the bots provide.

Melissa, fighting crime throughout southwestern Alberta
Posted by emperorcupcake at 10:35 AM

I have started not updating again. Or... stopped updating. Yeah.

I just want it to be spring now. I keep buying pretty pastel-y springy things in the hopes that it is actually spring, but it is not. The icicles melted off my car, so that's a plus.

This year I'm gonna watch every ep of MST3K, season K through 10, in order. That is, if I can ever stop watching Final Sacrifice. I don't have all the season K's but I have everything else, and I think it shall be fun! *rubs hands together gleefully*

Also, people who stay up late are more fun. Just a random observation.
Posted by emperorcupcake at 11:02 AM

So I am ridiculously obsessed with Final Sacrifice. Seriously. Rowsdower has a stupid name and is an alcoholic with hockey hair and he is still cooler than you. I am so in love with this movie it hurts.
Posted by emperorcupcake at 4:35 PM